Amazon is Stretching the Limits of Logistics Imagination 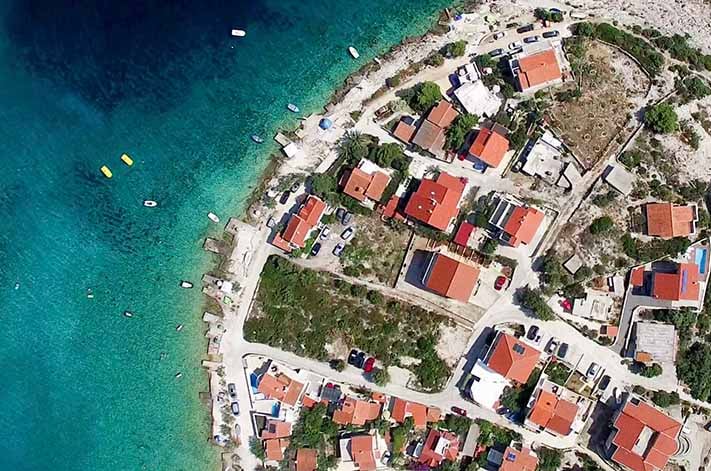 Amazon has just been awarded a patent for an "airborne fulfillment center utilizing unmanned aerial vehicles for item delivery." Though the patent was granted in April 2016, the plans for it have just gone public on the US Patent and Trademark Office website. What they describe sounds like something out of a Jestson's cartoon episode. The blimps would serve as floating and mobile warehouses. Unmanned drones would be loaded with deliveries for that particular market.

On the surface, this idea sounds unbelievable, but upon further reflection, it actually makes a lot of sense. Having the mobility factor for your warehouse will most certainly allow for retailers to meet the ever-increasing deliver demands of consumers. Here's how it works:

First, get a very large airship and float it above a city. Then attach a giant warehouse full of Amazon items to the bottom. This warehouse is constantly restocked by smaller airships, which bring personnel and supplies from the ground, as well as carrying away waste. People on the ground use their computers to browse items currently floating over their heads, and order whatever they want. Then drones grab the items, hurl themselves out of the airship, and engage their rotors as they approach the ground. The human receives his or her item from the drone, and the drone ascends back up to its floating palace of boxes and workers.

Why Not Throw in a Little Advertising?

What's interesting is that the patent includes plans for the blimps to provide advertising too. In the patent, the inventors refer to an "advertising altitude" for the "airborne fulfillment center." Based on a flowchart in the patent, it seems that once the airship is in advertising range, people can order whatever is being advertised and then, the ads will change. Imagine the Amazon blimp flying low over your city, advertising the new Samsung phone, shooting drones out to all those impulse buyers who clicked the button on their mobiles. Impulse buying has long been a significant revenue generation source for retailers.

The biggest hurdle for the drone based delivery system ideas is the FAA approval, which most agree will be had but not likely soon. Once regulators and retailers work through the legality and logistics of aerial drone delivery, the unmanned flying objects will still have another hurdle to clear: the white picket fences of consumers’ homes.

Human postal and shipping company workers already have enough trouble getting packages to their final destinations, but drones face a host of other considerations. Will they hover or land as they dispatch their cargo? Will they deposit parcels on doorsteps or into specialty chutes? Will they wait around for someone to sign off on the delivery? Will they record drop-offs as protection against customer service complaints? Will the family dog try to chase them?

Drones are an appealing technology for many service providers. Other than technicians operating the controls, they don’t require manual labor. They bypass road congestion, which makes them a fast alternative. But the machines have their limitations. It's uncharted territory. It will be interesting to watch it unfold.