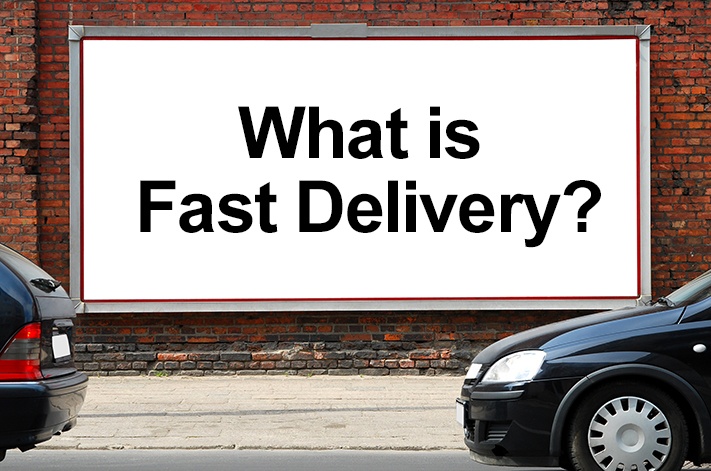 The parcel industry is enjoying steady growth due largely to the popularity of e-commerce transactions. Management consultants at McKinsey & Company, maintain that the parcel market in the U.S. is set to double by 2025, with same-day delivery and instant delivery to account for one-fifth of the demand. Furthermore, a new study reveals that one in two customers is willing to pay extra for faster delivery.

The challenge faced by carriers is the expense involved in the final mile of the delivery process. Industry averages suggest that 50 percent of delivery costs for a standard parcel are incurred in the last mile when the parcel is delivered directly to the front door. In the case of same-day deliveries, the ratio can be as much as 90 percent. So how do we efficiently satisfy the apparently insatiable appetite of the e-commerce shoppers who demand faster delivery. And perhaps an equally interesting question; when did we all get in such a hurry?

Get Your Package Delivered by an Uber Driver 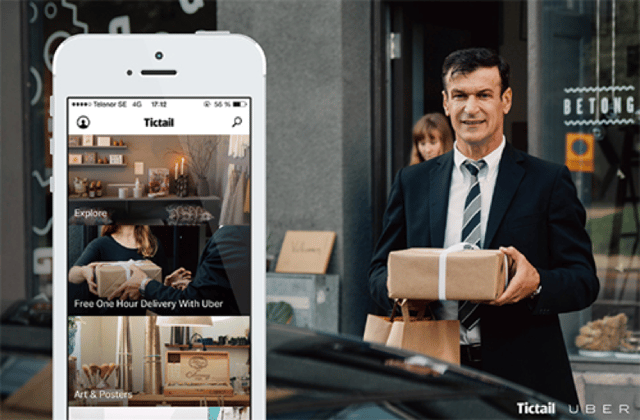 Uber began several months ago offering package delivery options to its' drivers in addition to passenger service.  Since then there have been multiple startups using the same ride share model. The idea of course is to reduce that final mile expense by using the available fleet of personal vehicles. It may not be that simple however. The costs of going outside your delivery network are loss of tracking capabilities liability, issues and reliance on likely lesser trained individuals. 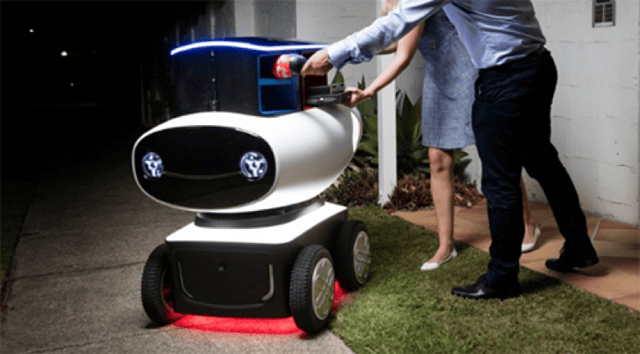 The Uber delivery is very likely a stop gap measure. The most likely long term solution to meeting the delivery demands in a financially competitive way is some sort of autonomous delivery vehicle.

Autonomous delivery systems are a means to manage deliveries in an automated way and are particularly profitable in commercial services. These systems suggest that in the future there may be no more deliverymen or delivery trucks. Let’s take a look at some of the most innovative systems in circulation.

You Want a Pizza?

It’s called DRU (Domino's robotic unit), and it is the robot designed by the fast food chain Domino's for pizza home delivery. The robot was developed in Australia, and with its four wheels, it is able to complete deliveries with a payload of up to ten pizzas within a radius of 20 miles on a single charge. The robot uses dedicated sensors to avoid obstacles in its path and, once at its destination, can be unlocked by customers with the code received at the time of the order. The system is currently under testing in select European cities. Google has several prototypes in testing for parcel delivery with basically the same design; an autonomous vehicle with secure storage spaces that can be accesses via a secure code.

Amazon Has a Prime Interest

Amazon, the American colossus of e-commerce, is developing the Prime Air project, a drone designed to deliver books and products by flying automatically up to the customer’s home. The device looks like a small helicopter. It weighs less than 25 kg and is devised to fly in landscape mode under 400 feet. Thanks to this innovative delivery system, consignments may be delivered within 30 minutes of receipt of the order.  The drone regulation is still unclear but is likely the most efficient mode of transportation for the final mile delivery.

When Did Everyone Get in Such a Rush

It seems the demand for faster and more convenient delivery options is a generational issue. Younger people make up the vast majority of expedited delivery demands.  Internet shopping and the convenience of the endless "apps" make the shopping experience so simple that the delivery options are expected to keep pace. With all the quasi-holidays on the informal social calendar maybe we should have a slow down and smell the roses day.