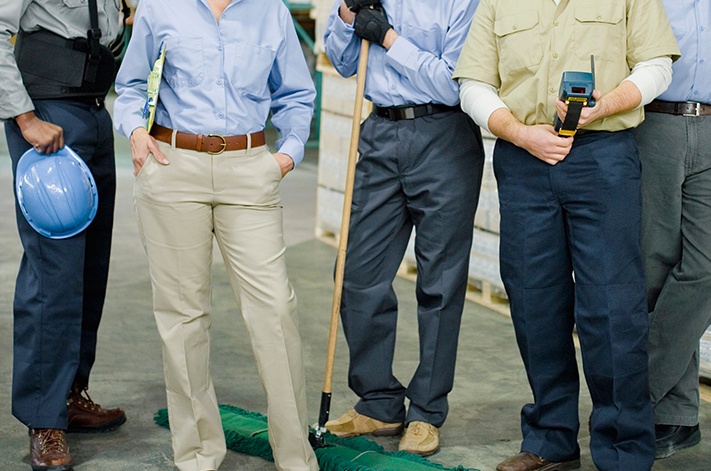 Workplace safety and confidentiality are increasingly paramount concerns in today's workplace. In response, we've gone from picture ID cards to magnetic lock card access systems to retinal scanners and now...human implanted RFID sensors. Where do we draw the line between security and personal privacy? It seems to be moving more to the right with every new application. The idea of implanted RFID chips is the first application to invade one’s personal skin. Arguments can be made on both sides of the issue. After researching the topic, I have come to the conclusion that the nature of this application does not increase security enough to justify the excessively invasive application. Let's dive into the facts and you can arrive at your own conclusions.

The RFID technology consists of two components; the reader and the tag. The reader has two parts; a transceiver and an antenna. The transceiver generates a weak radio signal, which is usable in short-range distances. The signal is necessary to activate the tag and is transmitted through the antenna. The signal itself is a form of energy that can be used to power the tag. The transponder is the part of the RFID tag that converts that radio frequency into usable power, as well as sends and receives messages. In our example, the transceiver is implanted in the employee’s hand and transmits the necessary data to allow access to sensitive area and equipment.

RFID is nothing new. Digital Angel was one of the first companies offering RFID chips for pets some 20 years ago. I looked into implanting my then, 2 year old daughter, with the technology in the event she was ever lost, but the application was not available for humans. Perhaps, that is the real argument here. Just how valuable is that, which you’re trying to keep secure, and how far will you go to do it?

There have been reports of employers offering RFID chips instead of keys to employees in security-sensitive positions. The employees of a Swedish company are being given the opportunity to have a tiny RFID chip implanted in their hand that will give them access to secure area and equipment. Not surprisingly, this new use of the technology has been met with mixed reactions among the employees. Currently, the option is voluntary.

The benefit in this technology seems very one sided to that of the company. Its assets enjoy increased security, but I fail to see any benefit other than convenience for the employee. It is worth noting that employees refusing to be implanted may feel pressure to do so in order to be one of the team. Employers who require their employees to be chipped could face charges of assault or battery, or invasion of privacy claims from their employees.

Additional concerns include the potential to compile any data about their employees’ health or genetic makeup using the RFID chip, which would compound privacy and other legal concerns. Employers considering whether to offer their employees the RFID implants for security or access purposes, should tread lightly and evaluate thoroughly, whether the potential legal concerns that may arise outweigh the added security offered by this use of RFID technology.

Like any tech advancement, there are downsides. Concerns about the wrong people accessing personal information and tracking you via the chips, have swirled since the FDA approved the first implantable microchip in 2004.

Identity theft is a big concern. Someone could potentially steal the entire identity of a chipped person by merely stealing their chip, programming a few alterations, and implanting it into themselves.

I must revert to my previous comment. "Just how valuable is that which you’re trying to keep secure and how far will you go to do it?" Seems an easy enough decision on a personal level, but what about in the corporate environment? As an employee, will you feel compelled to accept an RFID implant in your body? Will you be looked over for promotion if you refuse? What if you have an adverse reaction? Who is liable for your health issues as a result? RFID application goals can be similarly achieved with wearable technology, but clearly lacks the security of an implanted unit.

My position on the topic is clear. We would love to hear yours. Leave a comment below!