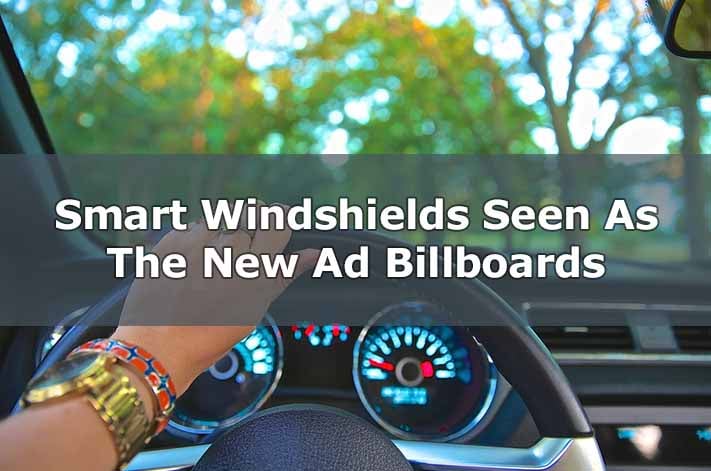 Your car windshield is about to become the next digital battleground for your disposable dollars. Car makers are proposing a smart windshield capable of displaying relevant ads in addition to expected information, such as car speed and blind spot awareness alerts. The ads would promote businesses along your route of travel on any given trip.

For example, your car senses a low fuel situation. An ad for fueling options will appear on your screen on your route of travel and within your remaining mileage.  Also, a certain number of hours into your trip, your car will anticipate hunger and display ads for restaurants and travel centers along your route.  I would not be surprised if seat sensors in the near future could detect stomach growls triggering similar ads. Travelling in central New Jersey during the summer, you may see an ad for Six Flags, Great Adventure theme park discounts. The potential is unlimited. 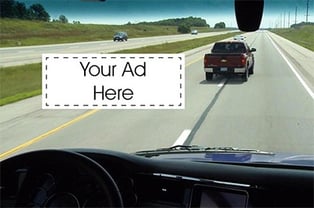 Turning a car windshield into a billboard is part of broader efforts by automakers and tech companies to transform vehicles into connected devices. Multiple industry competitors have announced deals and partnerships that use software, digital voice technology and cloud computing to handle everything from navigation, maintenance and food menus directly from your windshield. Eventually, mapping and navigational data could be superimposed onto the road in front of the driver, much in the way that Google Street View currently displays information about an area on a static image. The concept is referred to by automakers as the "Immersive Cockpit" experience.

Distracted Driving is the Number One Concern

The first impression of most people to the idea of pop up ads on windshields is the effect these images might have on the driver’s attention; a valid point.  Supporters of the technology claim a windshield display is a safer alternative than drivers taking their eyes off the road to glance down and tap a dashboard information system or check a smartphone. I would agree.

That being said, how does the technology determine when to display relevant data like speed and navigation information and when to start prompting local Papa Johns specials? There will be a hard push on the retail selling potential of this new virtual billboard. Industry analysts estimate that mobile and data-driven services in autos will generate $1.5 trillion by 2030. That's a lot of dough.

The success of this potentially massive market could possibly be fueled by the driver assisted technology already available, to varying degrees, in most cars. As the driverless technology advances, the windshield display distraction potential would likely diminish as the driver responsibility for the cars operation decreases.

So, perhaps the more the cars automated system is engaged, the more the non-essential information would appear in the windshield display. Seems a logical marriage of two technologies, but safety would have to be the primary concern.