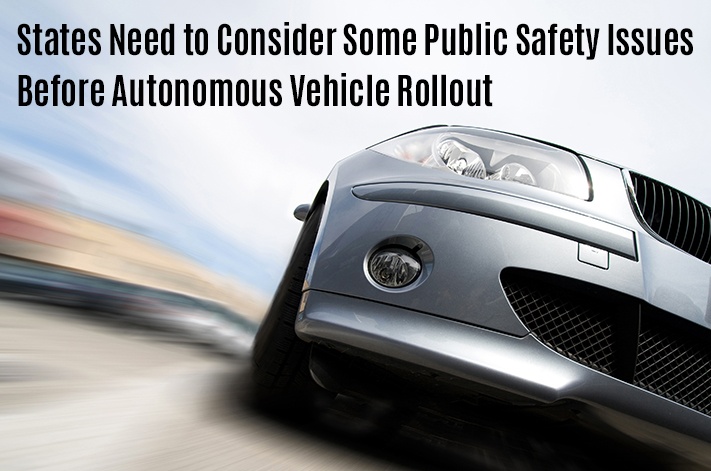 The autonomous vehicle revolution is quickly on its way to reality...perhaps too quickly. There are several AV's currently in testing for transportation of cargo, as well as humans. The pioneer in AV technology is clearly Uber. With its acquisition of Otto, the leader in commercial truck automation, it plans to be the first at the table with AV technology for cargo hauling. It is also testing its own self driving vehicles in many U.S. cities.

All autonomous vehicles currently in testing have a human driver to assist when necessary. Ultimately however, the plan is to completely eliminate any human intervention, according to a new report prepared for the Governors Highway Safety Assn. (GHSA). States had better think through and address some key issues before truly driverless trucks and cars start mixing in on America's roadways because states themselves are responsible for licensing drivers, registering vehicles, and establishing and enforcing traffic safety laws.  Aside from the general perception of the publics trust and confidence in the safety of AV's, there are more practical considerations that states will have to address before risking the safety of the roads to Autonomous cars and trucks.

Since Each State Has Individual Safety Oversight is There a Standard Testing Protocol?

This is clearly new territory for all parties. The only protocol currently in place in all states is the requirement for a qualified driver to have at least one hand on the steering wheel or at least be in the vehicle and ready to take control if necessary at all times. Of course, the driver is intended to ultimately not be part of the program.

How much testing is required? How many miles or driving hours should be enough to satisfy the safety requirements? All legitimate questions with no definitive guidelines.  The GHSA report notes that as of Dec. 2016, California, Florida, Michigan, Nevada, Utah and the District of Columbia have enacted laws authorizing AV testing under certain conditions.

How Will AVs React When They Need to Make 'Common Sense' Decisions?

The report points out that there are a number of gray areas that drivers encounter out on the road where AV's will need to make a decision, and "states should attempt to understand how AV's will resolve these conflicts."

For example, a deer crosses the AV's path.  Will the AV hit the deer, if it must, or swerve harshly and possibly crash into a tree? Can it tell if the obstruction is a deer or perhaps a human?  Or if there is a parked vehicle ahead blocking the travel lane but the road is otherwise empty, will the AV cross over the double yellow center line, which is normally illegal, to get around the stopped car? What about speed limits?  Do you program the AV to strictly obey the posted limits, possibly frustrating other drivers, or do you set them to exceed the limits by some percentage, thereby immediately breaking the law.

How Will Law Enforcement Recognize and Deal with AVs? 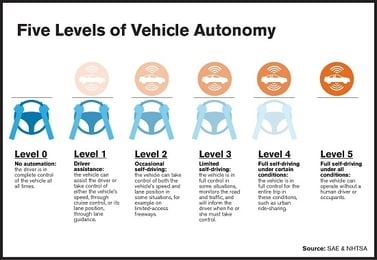 How do officers determine what level of autonomy (1 - 5) any given vehicle is operating under? How do you pursue and stop an autonomous vehicle? If these considerations are not worrying enough, consider this; AVs conceivably could be used as "mules" to transport illegal goods and contraband. Criminals and terrorists could wire an AV with explosives and essentially use it as a guided missile.  The only certainty is that thousands of training hours lay ahead.

What about liability and insurance?

Who's responsible for a crash in which an AV is at least partially at fault? Is it the driver, the vehicle manufacturer of the software firm.  Insurance companies will find themselves re-writing insurance policies based upon little more information than perhaps the testing results of the individual AVs.  The GHSA report raises these and a number of other questions for states concerning AVs, including more far-reaching effects, such as what autonomous vehicles will mean for traffic lanes and design, interactions with pedestrians and cyclists, and parking requirements.

In the meantime, the report recommends that states get informed on AVs, get involved, understand their role, don't hurry, but thoroughly consider legislation that's enacted, and be flexible, since "this is a new game."