Today's consumers may be more demanding than ever. They know what they want, and moreover, they want it fast. Sometimes I wonder if they really need it that fast or is it simply the mindset of the new generation of consumer. In an extensive career in the expedited freight market I was surprised to find how many receivers were not in a hurry at all for the product that their suppliers spent triple the money to ship expedited. In fact, I rented a box truck and personally delivered a few skids to a major account after an unavoidable traffic accident sidelined the original truck. After a 5-hour white knuckle drive, I was told it would be a couple hours until they could unload me. Turned out, they were in no hurry at all. The takeaway from all this personal wisdom is to be certain of the consignees' requirements before panicking about production delays and transit times. When you’re sick you call a doctor, in a legal matter you consult a lawyer. The same expertise is just as beneficial when managing your supply chain. If you do not currently have a relationship with a 3PL, think about starting one. It's a tremendous resource, particularly in a time of need. If you do have a current 3PL relationship, here are some tips to make the best of that relationship.

Like in all relationships, when an organization and its 3PL both have committed to mutual success, challenges can be overcome and the relationship can blossom. Service failures are part of our business. When you consider the vast amount of freight that travels thousands of miles across this country every week one must expect it can’t all go right. The true measure of 3PL customer service is how we react to service failures. There are fire alarms daily. A short-term mindset only creates short-term solutions. Your 3PL is invested in the long-term success of your logistics operation, so you should be too. Work together to devise long-term strategies that will improve practices and result in mutual success.

Many years ago, the founder of Land-Link Traffic Systems Inc. stressed the following. “What does not get measured, does not get fixed”. It would be difficult, if not impossible, for any rational person to repudiate this thought-provoking statement and important underlying principle of business. Yet, many companies do just that. Most companies, in fact, do not have the proper measurements and KPIs in place necessary to drive intelligent business decisions and to serve as support to the policies that are relied upon to drive day to day business activities.

Do not be one of those companies. Land-Link can help you support your business and gain and maintain competitive advantage through effective performance measurements. 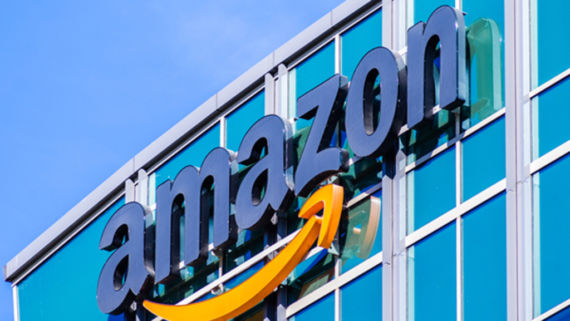 Collaboration Is Vital For a Successful 3PL Relationship

Much like personal relationships, the relationship between an organization and its third-party logistics provider requires effort from both parties to stay productive, healthy, and strong. A 3PL cannot expect to provide services without catering them specifically to their client’s needs, and an organization cannot expect to run their logistics operation hands-free. It takes communication and constant collaboration to run a smooth, successful supply chain and promote positive growth for the client’s business as a whole.  It will take a long-term commitment from both parties to create a successful partnership.

Cargo Thieves Will Be Busy This Weekend 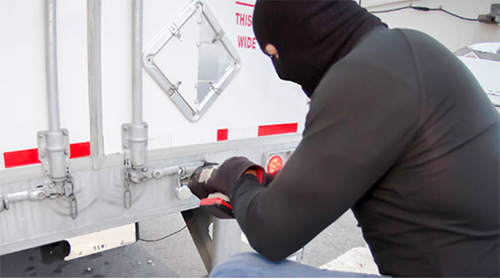 Supply chain professionals are looking forward to a much-deserved extended weekend during the Fourth of July holiday. However, CargoNet, an industry cargo security firm, reports that extended business closures can create an advantageous operating environment for cargo thieves. For the past five years, the firm has analyzed cargo theft data in the United States and Canada from July 1 to July 7and found 130 cargo theft events in 27 different states, with theft most common in Texas, California, and Florida.

The Impact of 5G on the Logistics Industry 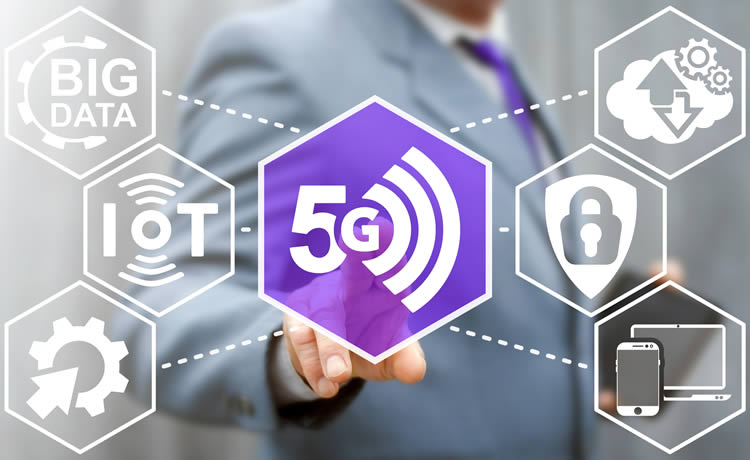 Limited 5G network deployments had begun in some markets in 2019, with widespread rollout expected to take place through the 2020s. The 5G wireless technology promises to accelerate data speeds, improve quality, and reduce latency in the world’s mobile networks all of which means higher performance than today’s broadband wired networks.  “5G will be a game changer because it’s 100 times faster and will support 100 times more devices than current 4G networks,” according to the Cellular Telecommunications Industry Association.  This week we take a look at the specific impact on the Logistics industry. 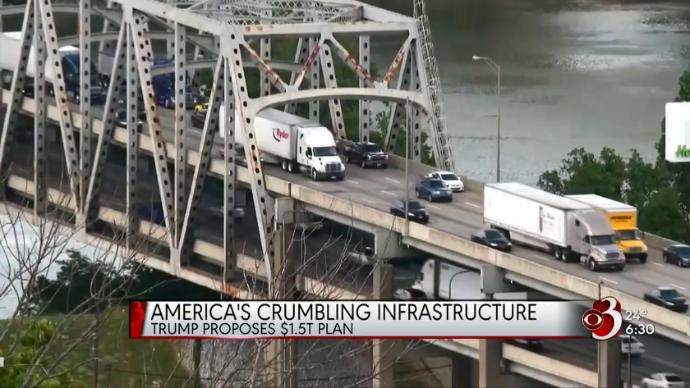 Massive unemployment and a nearly desperate need to rebuild our infrastructure could entice the presidential administration to copy a plan designed by President Franklin D. Roosevelt in the 1930’s.  The New Deal was a series of programs and projects instituted during the Great Depression by President Franklin D. Roosevelt that aimed to restore prosperity to Americans. When Roosevelt took office in 1933, he acted swiftly to stabilize the economy and provide jobs and relief to those who were suffering. Over the next eight years, the government instituted a series of experimental New Deal projects and programs, such as the CCC, the WPA, the TVA, the SEC and others. Roosevelt’s New Deal fundamentally and permanently changed the U.S. federal government by expanding its size and scope—especially its role in the economy.  Although it took our entry into World War II to lift the U.S. economy out of the depression, the New Deal provided many jobs to willing Americans in a time of great need.  While I don’t believe we’re in as bad a shape as the 1930’s we are faced with a jobs crisis.  To add to the issue, the recent civil unrest has compounded many small businesses problems in getting re-opened.

Logistics Trends to Watch in 2020 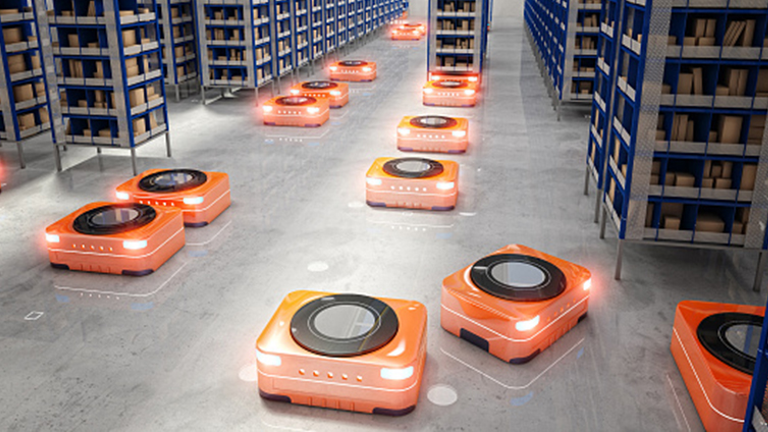 Let’s take a break from the Covid-9 effect on the Logistics industry.  Things are slowing opening back up.  Hopefully, the trend continues with no significant spikes in infection rates.  That being said let’s look at some industry trends we should all be aware of this year. 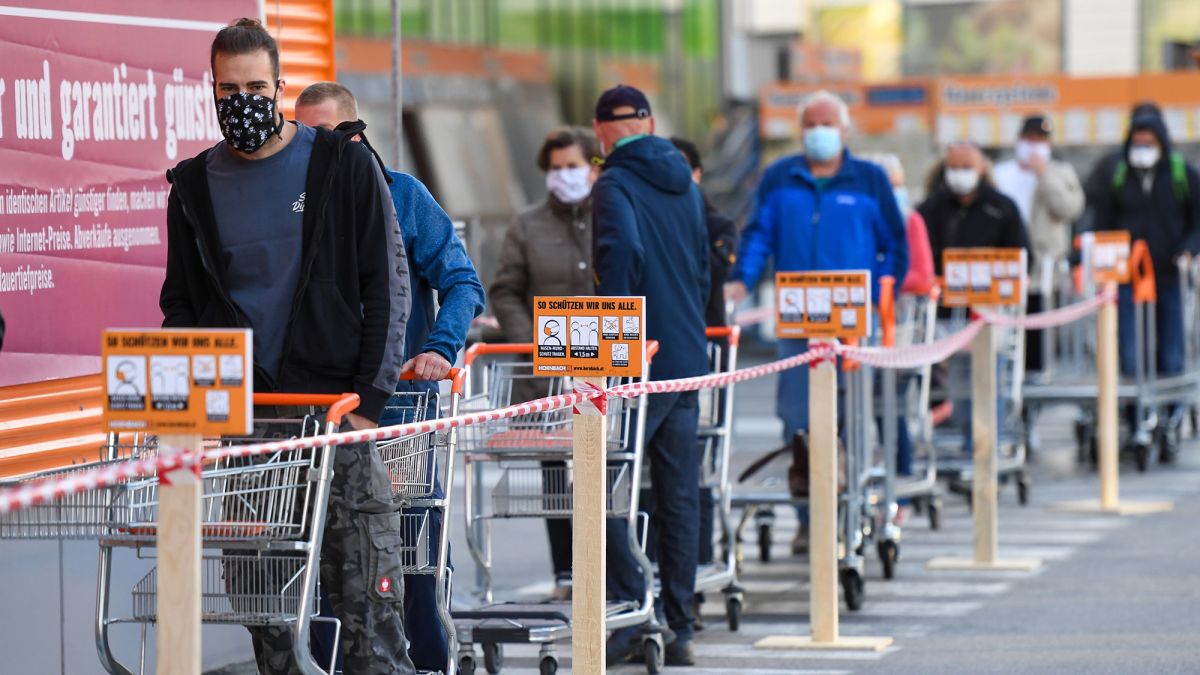 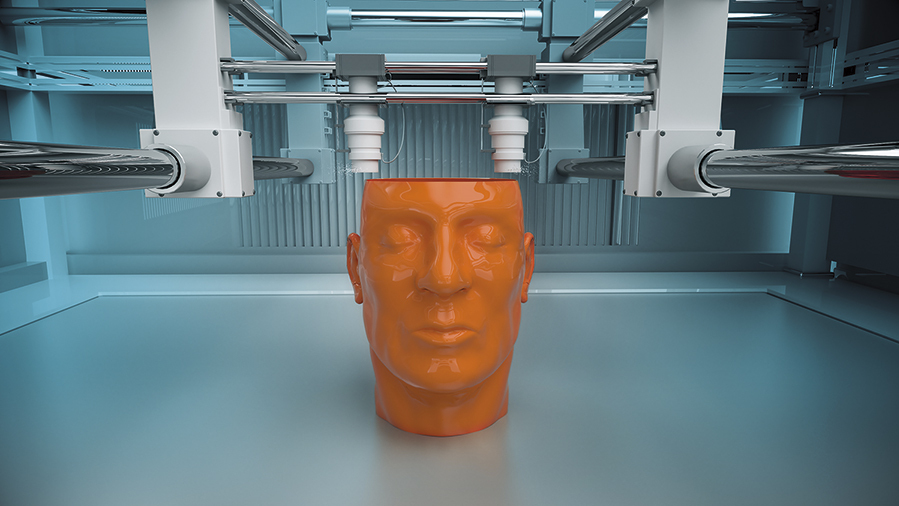 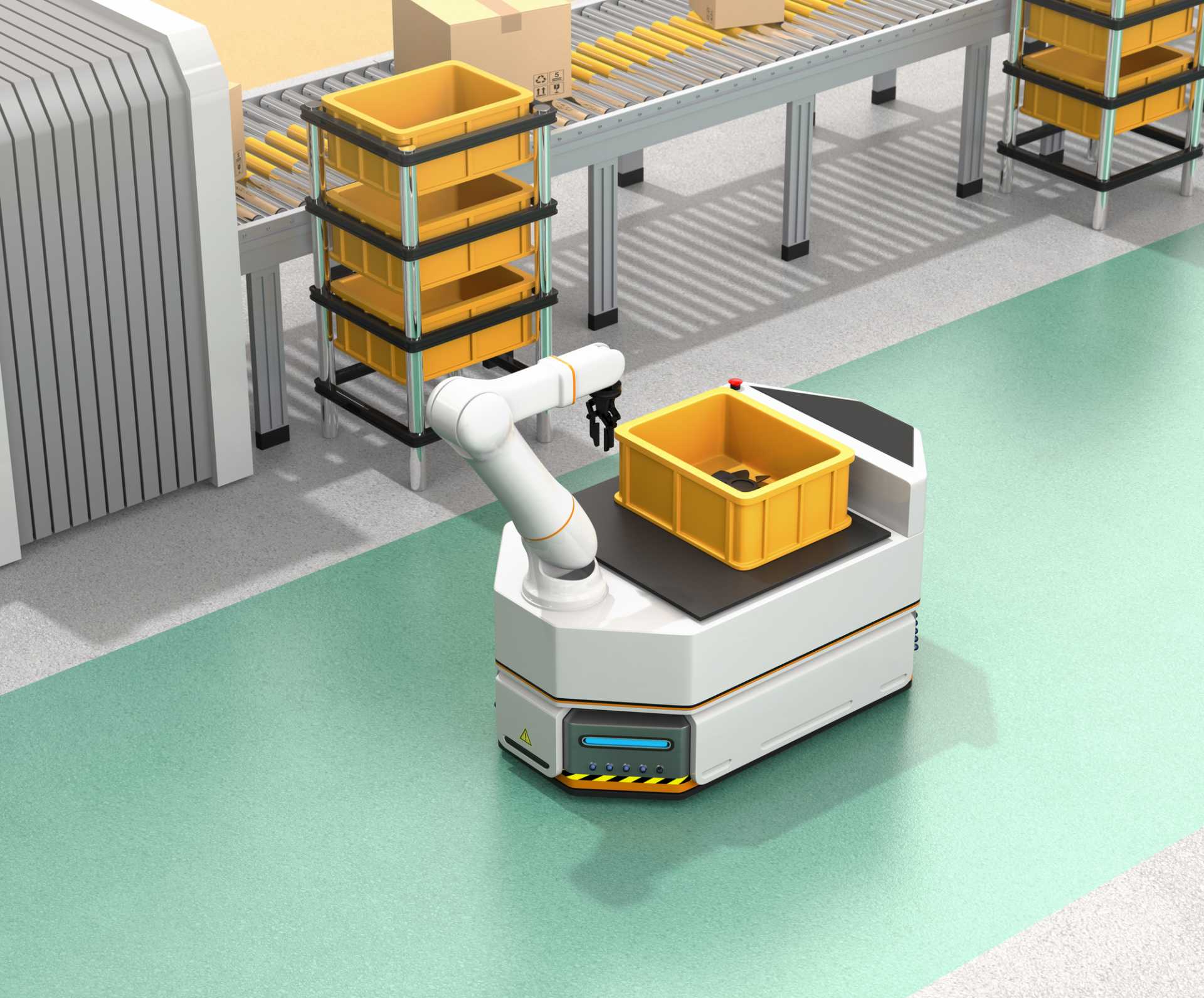 Those in the logistics business have recently speculated as to the direction of technology as it relates to warehousing and distribution advancements. The pace at which technology is advancing is exciting and a little frightening at the same time. The applications seem almost endless and keeping up on the technology can be a daunting task. Let’s take a look at a few emerging technologies in warehouse automation.

Collaborative robots may be described as round one of the robotic invasions into warehouse operations. In this round, robots are introduced to work alongside, and in collaboration with, humans in the day-to-day operations of the warehouse and distribution centers. Last summer, Forbes gave smart cobots, otherwise known as ‘collaborative robots,’ the illustrious title of “the future of work”. It’s a declaration that struck a chord with many, perhaps because the idea of warehouse associates working alongside robots is a simpler image to accept than a fully automated operation in which robots replace living, breathing human workers.

While cobots are quite flexible when it comes to application, the most talked about are the picking and packing variety currently being used by Amazon. Cobots are a no-brainer for large warehouses owned by multichannel retailers who have the extra capital to invest in the technology. These lightweight robots can be programmed quickly and controlled remotely, require just a few hours of set-up time, are often mobile, and, as far as we know, are safer than many of their stagnant, bolted-down competitors.   Cobots will likely give way to the next generation of robot which will largely replace humans if not entirely.

On-demand warehousing has been around for a while.  Now it has become more sophisticated in both space design and geographical placement all based upon big data.  Warehousing and DC centers need to be placed in strategic locations to meet the incredible delivery demands of today's consumers. Terabytes of data are being analyzed to decide exactly where to build strategic on-demand warehousing offering flexible utilization terms and easy highway access. Users want flexible warehouse space and supplier contracts that allow manufacturers to take advantage of the service as they scale and remove the services as they downsize. Third-party firms are offering up smart warehouses to manufacturers and suppliers at a fraction of the cost for the businesses to make the investments themselves. This means that even the most modest of startups can benefit from the use of the latest automated technologies, giving emerging businesses the opportunity to compete with the big guys on fulfillment time and accuracy.

Fully automated warehouses  have been a hot topic as of late. Trailblazing companies, like Aquifi, have already found a way to automate the task of bar code and label scanning, eliminating the need for handheld scanning tools and the people who operate them. This technology is accomplished through a sophisticated smart dimensioning and 3D identification function that processes a warehouse’s items with more precision than ever before. It’s big news for operations that take advantage of tried and true asset tagging and bar coding. While these materials will not be replaced, the very scanners, and the people who use them, may soon be deemed obsolete.

3D printing has been around for a few years now.  It utilizes the 3rd dimension to not print, but build a particular item.  Most 3D applications are designed for simple replacement parts made out of basic materials. As printers become more sophisticated, the applications have expanded. The sneaker industry is just one example of 3D printing technology application. In the old days, making a customized piece of footwear meant a disruption in the everyday processing of the manufacturer’s movements and a much higher price tag for the customer. Ever since sneaker behemoth, Adidas, invested in 3D printing powerhouse Carbon, the once-fabled affordable customized sneaker is now a reality. In fact, consumers are so completely on board with this 3D-printed footwear option that Adidas is projected to sell millions of units in 2019 alone.

3D printing is also a powerful tool for plenty of other manufacturers, particularly those who are in the positions to take advantage of additive manufacturing according to the operation’s precise needs. This is a big win for manufacturers, as it reduces material waste and shortens processing time in one fell swoop. As technology continues to evolve, so does the variety find in the world’s smartest, most cutting-edge warehouses. Always pay attention to emerging automation technologies and the companies who are making them a reality. These are the very actors who will be dictating how we manufacture, distribute and consume goods in the years to come.

To stay up to date on these technology topics and more, subscribe to our blog.