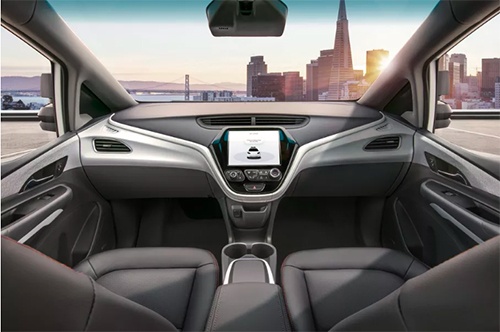 Rideshare service Uber suspended autonomous car testing nationwide after a self-driving car struck and killed an Arizona woman crossing the street. Even though the video appears to show the pedestrian jaywalking as she walks a bicycle across a street the incident raises many more questions about the main concern of, and hurdle, for the practical commercial use of the autonomous vehicle. Uber has halted testing of autonomous vehicles until officials complete their investigation.

In Florida last year, the driver of a Tesla Model S electric sedan was killed in an accident when the car was in self-driving mode. Federal regulators, who are in the early stages of setting guidelines for autonomous vehicles, are hoping to glean meaningful data from an investigation into the incident which occurred on May 7 in Williston, FL.  In a statement, the National Highway Traffic Safety Administration said reports indicated that the crash occurred when a tractor-trailer made a left turn in front of the Tesla, and the car failed to apply the brakes. It is the first known fatal accident involving a vehicle being driven by itself by sophisticated computer software, sensors, cameras and radar.

In the wake of the first pedestrian fatality in a self-driving crash, automakers, regulators and Uber are bracing for the fallout from the incident.

Many of the stakeholders in the multi-billion-dollar industry have already responded:

The reactions to the fatality are likely to set a precedent for the industry, as many companies scramble to meet previously set deadlines to launch driverless vehicles. A lack of sufficient federal regulations and consumer trust, which have been the two major issues in the way of implementation, is likely to delay the proliferation of autonomous vehicles but not for long. These occurrences have likely been expected, if not planned for, by the autonomous vehicle pioneers. Just like every pioneer from Daniel Boone to Elon Musk have had to expect and manage setbacks of all kinds including loss of life. The potential market for autonomous vehicle implementation, for both commercial and personal applications, is far to massive to be side-railed by a few incidents. These setbacks, although tragic, will slow implementation and hopefully provide data to improve performance and public safety.

Technology Marches On... GM Will Manufacture an Autonomous Car Without A Steering Wheel or Pedals By 2019

General Motors plans to mass-produce self-driving cars that lack traditional controls like steering wheels and pedals by 2019, the company announced in January. It’s a bold declaration for the future of driving from one of the country’s Big Three automakers. While companies like Toyota and Nutonomy have halted autonomous testing for the time being, thanks to a loose state-by-state regulatory framework and the general newness of the technology, a collective shrug seems to be what we’re getting for a while.

This is indeed unchartered territory for automobile manufacturers and software designers alike. They need to test these autonomous cars in real-world situations to make them safe, but they also need to be safe enough to deploy on public roads for testing. By committing to rolling out fully driverless cars in a shortened timeframe, GM is seeking to outmaneuver rivals both old and new in the increasingly hyper competitive race to build and deploy robot cars. Ford has said it will build a steering-wheel-and-pedal-less autonomous car by 2021, while Waymo, the self-driving unit of Google parent Alphabet, is preparing to launch its first commercial ride-hailing service in Phoenix featuring fully driverless minivans.

On the Commercial Side

If the pace of driverless passenger cars seems quick the pace of driverless semi trucks is passenger vehicle on steroids. For many reasons, not the least of which is the driver shortage and a booming manufacturing demand, autonomous semi truck implementation, in some opinions, is commercially critical to ensure the integrity of our domestic supply chain. At first glance, the opportunities and challenges posed by self-driving trucks might seem to merely echo those associated with self-driving cars. But trucks aren’t just long cars. For one thing, the economic rationale for self-driving trucks might be even stronger than the one for driverless cars. Autonomous trucks can coordinate their movements to platoon closely together over long stretches of highway, cutting down on wind drag and saving on fuel. And letting the truck drive itself part of the time figures to help truckers complete their routes sooner.

But the technological obstacles facing autonomous trucks are higher than the ones for self-driving cars. Otto and other companies will need to demonstrate that sensors and code can match the situational awareness of a professional trucker. Skills honed by years of experience and training in piloting an easily destabilized 80,000-pound rig, in the face of confusing road hazards, poor surface conditions, and unpredictable car drivers can be a daunting task and is becoming a lost art.

To stay informed on these cutting edge topics, subscribe to our blog @ http://www.land-link.com/blog.