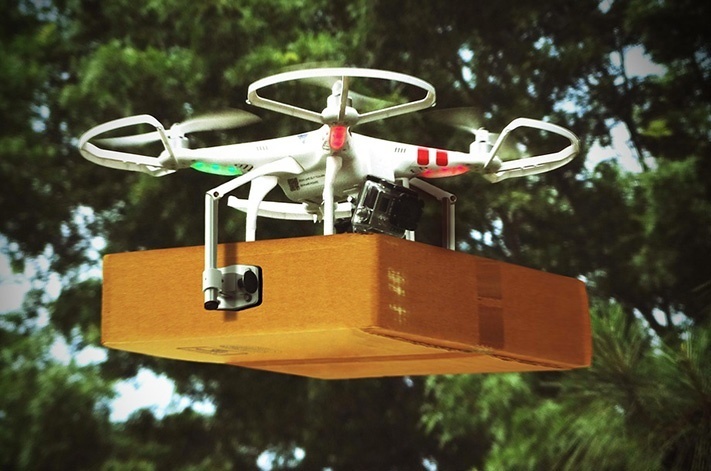 Both the drone industry and federal regulators are years away from actual legal drone deliveries in the United States, but that’s not stopping companies from testing possibilities. UPS successfully completed its first drone delivery from a delivery truck. The drone is designed to be stationed on the roof of the truck and to be launched from and return to the roof based launch pad.

Monday’s test, performed in Lithia, Fl, with Workhorse Group, an Ohio-based electric truck and drone developer, sent the drone first on an autonomous package delivery and then back to the truck, while the truck was out making a separate delivery.The drone docks on the roof of the delivery truck. A cage suspended beneath the drone, extends through a hatch into the truck.

A UPS driver inside loads a package into the cage and presses a button on a touch screen, sending the drone on a preset autonomous route to an address. The battery-powered HorseFly drone recharges while it’s docked. It has a 30-minute flight time and can carry a package weighing up to 10 pounds. 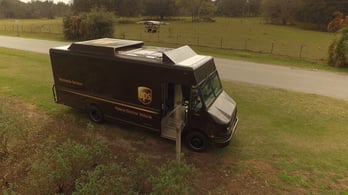 This test has specific delivery implications for some UPS customers. It has implications for future deliveries, especially in rural locations, where our package cars often have to travel miles to make a single delivery,” said Mark Wallace, UPS senior vice president of global engineering and sustainability. Rural delivery routes are the most expensive to serve, due to the time and vehicle expenses required to complete each delivery.

UPS has been a leader in efficiency improvements in its operation. Years ago, they programmed their delivery routes to maximize right turns taking advantage of right turn on red opportunities, rather than sit at a red light to go left. They continue to maximize delivery efficiency with this drone application.

Last year, the U.S. Federal Aviation Administration (FAA) issued small unmanned aircraft systems rules that allow for some commercial use of drones and paved the way for future expanded applications. UPS was one of 35 selected from a cross section of key stakeholders to serve on the FAA’s drone advisory committee. The committee will provide the FAA recommendations on key drone integration issues that will ultimately allow for safe and secure operations of drones within the National Air Space System.