The Importance of Accurately Declaring Your Shipment Weight 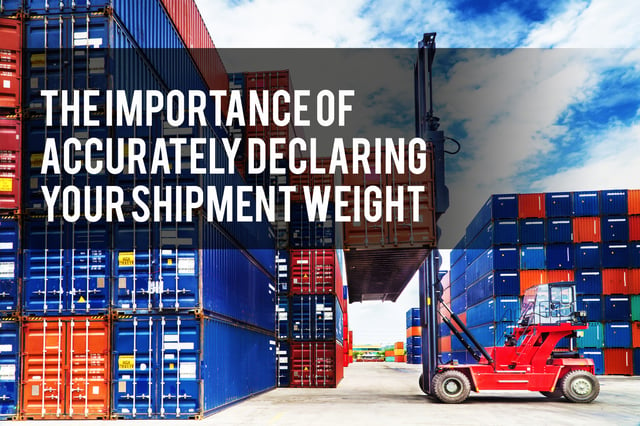 The inaccuracy of cargo containers, as well as individual skids, gaylords and crates, is a major safety issue that shippers need to be aware of. Generally, freight cost is directly related to weight.  It is not unusual for shippers to innocently estimate the weight of a particular shipment below the actual.  For example, it is very common for shippers to calculate their shipment size from their product data and neglect to include the weight of the shipping packaging.  Usually, a benign issue but multiplied by several shipments per container the bulk shipment could be significantly overweight causing unsafe trucks, ocean vessels and airplanes.  The safety issues are significant; reduced braking distance for a truck, buoyancy issues for a sea going vessel and lift problems for an airplane.  Most carriers have an entire department to re-weigh freight and confirm their NMFC classification to ensure a transportation vessel is safely loaded.

Danger on the Water

In this article, we're going to highlight new Ocean Container Weight Verification Requirements.There is a science to loading a container ship. The ship needs to be loaded to a certain buoyancy for maneuverability and safety.  Reliance on accurately stated container weights is critical to achieve this critical balance.  The new Ocean Freight Weight Verification Requirements has amended the Safety of Life at Sea Convention to require that any container has a verified weight. Responsibility of the weight declaration lies with the shipper. This requirement is effective July 1, 2016. It would be a violation to load a cargo container onto any ship without a verified weight.  Here are just a couple of recent consequences of incorrectly declared container weights. 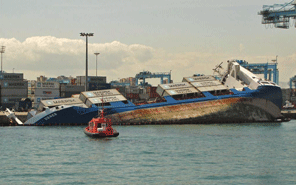 Basic Requirements of the SOLAR Amendment

Under the amendments, there are two permissible methods for weighing. The container can be weighed after it is packed. Alternately, the cargo can be weighed outside the container. Then, the dry container weight may be added to achieve a gross weight, which is indicated on the door.  Estimating weight is not permitted.

The shipper, broker or third party has a responsibility to weigh the packed container or to weigh its contents. Estimating weight is not permitted. Responsibility for the weight of the container lies solely with the shipper. Carriers may rely upon a shippers weight declaration. It is not incumbent upon a carrier to verify a shippers weight declaration. For the shipper’s weight verification to be compliant with the SOLAS requirement, however, it must be signed by qualified shipping personnel.

Safety should be a primary concern of both shippers and carriers.  Legislation is moving aggressively toward safety precautions and technology is making it affordable and easily implemented. The recent sinking of the cargo ship El Faro and its 33 mostly American crew members on October 1 should highlight the need for safety. Based upon satellite telephone reports from the captain, the ship had lost propulsion and in 30 foot waves took on water.  It will likely never be determined if the weight of the cargo had contributed to the ships buoyancy.

Assistance with declaring shipment weight is just one of the ways in which a 3PL logistics company can help with logistics. For more reasons to hire a third party logistics provider, click the button below.