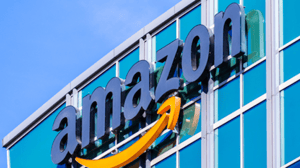 Where it All Started

The idea of the shopping mall was first introduced in Edina, Minnesota,  in1954 by Austrian architect Victor Gruen. What was new about the design was that it was an entirely enclosed system of shops with no exterior windows and a climate-controlled interior. This was a particularly good fit for Minnesota with its cold winters. Until then, shops in malls and arcades were connected by outside walkways. This new design was on two levels, had a department store at each end, and escalators to bring shoppers up to the second level and down again when they had completed walking the mall. And it had a central court with skylights, fountains, plants and seating.

Central to the mall design was the concept of “Anchor” stores. These were large retail stores, Sears, Macy’s, etc. which would lure shoppers to the mall. Deliberately located on opposite sides of the mall, shoppers would need to walk through the entire mall to reach both retail outlets who were constantly battling each other for market share. The smaller retail stores and restaurants would benefit from this constant foot traffic.

Initial planning for Amazons fulfillment centers suggests there would be no option for local foot traffic. Shoppers will not be allowed to shop these facilities. So how will this affect the smaller retail stores in the mall? Considering the basic design of the mall the absence of Anchor stores could spell the end for the smaller retailers.

The deal, if it goes through, would be another nail in the coffin for a staple of late twentieth century culture that now mostly exists in the memory of baby boomers and Gen X consumers. Gone may be the days when gum smacking tweens and teens and their beleaguered parents would head to the local mall for a stroll around the retail block. Now shoppers prefer to peruse online and kids look to gaming and social media for their entertainment.

Apple Could Help Save The Mall Concept

While the decline of malls may see department stores exit in favor of Amazon distribution centers and other types of businesses, this may provide an opportunity for Apple to step in. The Apple Stores are already a highly popular outlet, and though locations aren't as big as a typical department store, they do tend to take up a lot of floor space for the Today at Apple sessions and other elements.

As Apple is ever keen to expand its retail empire on its own terms, it may look at the Amazon-Simon situation and want to take advantage of the same benefits, namely large amounts of floor space at cheap prices. Unlike Amazon, Apple's retail would still be a consumer-facing element of a mall, as well as being one that attracts foot traffic, giving mall owners a good reason to provide beneficial terms to Apple.

Amazon Could Evolve Into a World-Wide Single Source Retailer

You would be hard pressed to find something not available on Amazon today. This pending mall acquisition deal would allow same day fulfillment literally anywhere. Small retailers will face the marketing challenge of their life trying to compete with the convenience and speed of these local fulfillment facilities.

Amazon CEO Jeff Bezos seems to know exactly what he wants to do. He’s taking a gamble. And he’s betting American consumers can be sorted into two basic camps: people who shop at Walmart and people who shop via Amazon. Which are you? Walmart and Amazon both offer the same basic service and products. They just do it in drastically different ways. Take a trip to your local Walmart, and you’re bound to have a bit of an adventure. It’s not necessarily always a negative experience, but it requires more effort than logging onto Amazon and clicking a couple of icons.

It’s unlikely that Amazon will take over the world as a single source retailer. Walmart is not going away anytime soon. It does however look like a two-horse race with Target lagging a distant third. I’m a big proponent of technology and how it has changed our lives over the last decade, but I wonder if it is too much too soon. Our houses run themselves, our cars look more like spaceships than classic automobiles and our children have become alarmingly inactive. Looking back on childhood memories from the 60’s and 70’s, I’m certain I had more interesting times than the kids today. In which era did you grow up? What are some of your childhood memories? It’s always fun to reminisce.