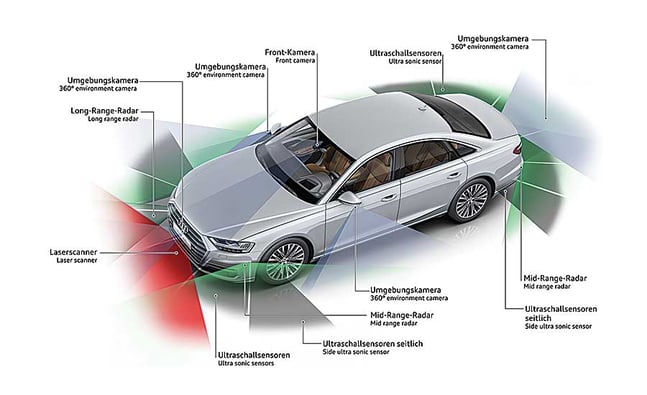 Though field testing for automated vehicles has been relatively successful some hurdles to full implementation remain. Namely, consumer acceptance and comfort in riding in these vehicles. Also, alarming is the idea of an 80,000 lb commercial tractor-trailer rolling down the interstate on autopilot. Additional concerns include who will be servicing these vehicles and the threat of domestic terrorism by system hacking.

Over the past two years, consumer awareness of driver-less vehicles has increased substantially. But a majority of people still want to have the option to drive themselves, according to a new report from Cox Automotive. The report finds that 84% of consumers want to be able to drive themselves, even in a self-driving car, compared to 16% who would feel comfortable letting an autonomous vehicle drive them without the option to take control.

Despite the promise that autonomous vehicles will make roads safer because it will eliminate human error, respondents’ attitudes to this has changed, decreasing by 18 percentage points in the last two years. Generally, self-driving cars are seen as less safe by consumers compared to two years ago. Nearly half of consumers responded they would never buy a Level 5 vehicle, up from just 30% saying they wouldn’t buy an L5 vehicle two years ago.

Much of the reason for the change may reside in the recent high-profile accidents that have involved autonomous vehicles, including the death of a pedestrian due to an Uber car in March of last year. Interestingly, those unaware of this incident are just as likely as others to believe roadways would be safer if all vehicles were operated by people as opposed to self-driving cars. Despite this, consumers do want and expect semi-autonomous features in future cars because they agree that collision warning alert systems and collision avoidance systems help make people better drivers.

The greatest need for new knowledge is in body shops, where crash repairs are increasingly more complex than even the most experienced service technicians can handle. What service executives say dealership technicians will have to know to work on automated vehicles.

Sensor-based, blind-zone and cross-traffic alerts get knocked around in crashes. Advanced driver assistance systems are proliferating in lower-priced vehicles. Electronic stability control is federally mandated. All new light vehicles will have to have backup cameras by 2019. Furthermore, the industry has agreed to make automatic braking and forward collision warning systems standard by 2022. The collision repair diagnostic person is going to be the one who determines what might be damaged. Replacing a sensor torn off a car's front end and swept up at a crash site can require a body shop diagnostic technician to go far beyond looking up a vehicle identification number to see what advanced driver assistance systems technology original equipment was. Such fact-finding requires the ability to follow an automaker's flow charts, make sure the replacement sensor is reinstalled accurately and perform static and dynamic calibration.

There are so many controllers on a vehicle that has to work with each other; the technician will have to be able to follow increasingly sophisticated diagnostic protocols for what to clean, adjust, repair or replace. Fulfilling that vision will require a significant transformation of vocational training programs.

As future technicians are trained to work with automated vehicles, they'll have an advantage. The vehicles will predict when failures of key components are imminent. As autonomous and electric vehicles and mobility converge, service will be even more critical. Automated vehicles, especially those owned by fleets rather than individuals, will operate more hours of the day and accumulate twice as many miles as today's cars and trucks before they are replaced.

Hacking Fears and Other Gray Areas of Autonomous Vehicles

With autonomous vehicles gaining mainstream attention, the challenges that come with the tech are being scrutinized. The biggest of these is the threat of hacking. In an experiment three years ago, Wired correspondent Andy Greenberg drove a Jeep Cherokee which was then controlled remotely by hackers. They gained access to the car’s controls through its infotainment system. The stunt went viral, and in that same year, 1.4 million vehicles were recalled by Chrysler due to the same vulnerability.

If a vehicle can be overridden through its infotainment system, the same scenario is equally, or even more, possible for autonomous vehicles. They are reliant on more software and require constant connectivity, which in turn opens up more windows that can potentially provide remote access. Hacking threats such as this make many people apprehensive when it comes to self-driving technology. A survey by the insurance company, American International Group in 2017, revealed that 41% of consumers have reservations about self-driving cars.

Hackers can exploit these vulnerabilities to commit all sorts of felonies. On the bright side, many car manufacturers and cyber security experts are confident that better intrusion prevention technologies will eventually overtake persistent hacking fears.  We can only take a wait and see posture.

To keep up on these topics and more subscribe to our blog @ www.Land-Link.com.