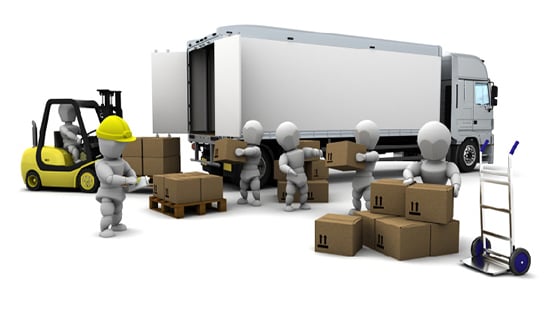 The debate over whether density-based pricing will succeed in toppling the traditional National Motor Freight Classification’s (NMFC) based pricing in the LTL industry is an ongoing debate. Carriers are pushing for dimensional pricing to combat the profitability of lightweight shipments. This is the basis of the argument. Under the NMFC classification density was taken into consideration as was packaging and commodity but it was largely based upon weight. Back in the day, carriers in a battle over business after deregulation, were offering FAK (Freight All Kinds ) tariffs to get the business. This strategy ultimately led to unprofitable operation ratios, subpar delivery performance and ultimately the bankruptcy of some major carriers. Jevic Transportation of Delanco, NJ is the first one that comes to my mind. Interestingly New Century transport, which was founded by Jevic‘s founder, adopted a similar strategy ending in the exact same fate. Considering this history and the recent high-profile bankruptcies of other major national freight carriers in recent years, one would have to conclude the days of beating up the carrier on rates is over. Unlike in the past, the LTL industry today has a massive volume of smaller shipments. There is also the challenge of completing same-day deliveries or time definite deliveries. Likewise, these shipments are not always of consistent size and density, making it difficult for LTL shippers to sustain profitability.

Today, if you want dependable service, you’re going to have to pay for it. Let’s see if we can help you avoid some of the pitfalls to come.

There is no secret to dimensional pricing. It’s really a simple equation; L x W x H / 139. It could be argued that the ecommerce boom started all this controversy overweight vs size. Ecommerce shippers have millions of items in inventory and a finite amount of box sizes. I’ve been personally amazed at the box size of some items I’ve received. It didn’t take long for the parcel carriers to figure that their trucks were dimming out before weighing out. This may have been the catalyst for dimensional pricing. It wasn’t long before the LTL carriers arrived at the same conclusion. They were charging by pound through diluted tariffs, not by the room the pallet actually occupied.

FedEx Freight, XPO Logistics, and other LTL carriers have been installing equipment that can scan a palletized shipment and, combined with scales, provide the cubic dimensions and weight needed to check the shipment classification. The consensus among LTL industry executives is that the current classification system is on its way out. The reality is that LTL carriers sell space in a trailer. Using the dimensions of a pallet identifies precisely how much space that shipment will require, thereby providing accurate real estate pricing.

Many shippers believe dimensional pricing amounts to a rate increase, and the number of shipments, they say, are re-billed once they go through a dimensioner, supporting their contention. It can also be argued the shippers are finally being charged an accurate rate. Shippers who are not prepared to invest in equipment to measure their shipments’ dimensional weight will have to adopt strict packaging protocols to package their freight in a uniform method as to avoid a dimensional pricing situation.