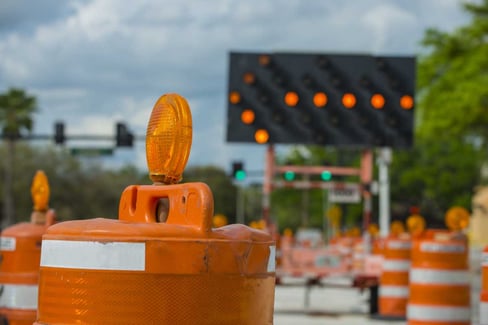 America’s roads, bridges and tunnels are crumbling at an alarming rate. Every 4 years the American Society of Civil Engineers (ASCE), an organization made up of over 150,000 civil engineers, gives the United States an “infrastructure report card". The organization gave the U.S. a grade of “D+ in its most recent evaluation. This grade is actually an improvement from the previous one. The effects of failing infrastructure and the need for the federal government to improve it are obvious, yet why isn’t the government doing anything? There is little disagreement in Washington that repairs are critically needed. The slow response is mostly a combination of trying to secure funding and the snails pace at which our federal government moves.

President Donald Trump declared at his inauguration, "We will build new roads, and highways, and bridges, and airports, and tunnels, and railways all across our wonderful nation." At least seven times, his White House has declared that the chosen theme of a week would be infrastructure, but each time the issue has become lost in other events, often generated by the President himself. The ASCE says $4.6 trillion is needed for improvements in the next decade. The Democrats said they and Trump had agreed on a $2 trillion price tag for an infrastructure plan which would only be part of a national solution that could also include state, local and private action but precious little has been achieved.

Testifying before the House Transportation and Infrastructure Committee’s Subcommittee on Highways and Transit on June 12 last year, several trucking stakeholder groups laid out their visions for the future of trucking, making a case for the importance of trucking to the U.S. economy and offering plans on how to improve it.

At the hearing, which was titled “Under Pressure – The State of Trucking in America," American Trucking Associations President and CEO Chris Spear told members of the committee that the group was committed to working with lawmakers as they begin work on a transportation reauthorization bill. Spear emphasized safety and innovation and said that ATA would work with Congress to write legislation that reflect issues that will face trucking in the future.

ATA Pledges to Work with Congress on Highway Bill

The “ATA pledges to help this subcommittee write legislation that takes into consideration the state and future of the trucking industry, looking beyond  5, 10, 15 years out and how we can improve safety through innovation; how we can grow a diverse, well-trained workforce that shores up the very real and well-documented shortage of talent; how trucking can generate and invest real money into our decaying infrastructure; and, how trucking can help you shape free and fair trade agreements that make the United States the strongest economy in the world,” Spear said.

He also spoke about the billions of dollars that the trucking industry has invested in safety initiatives, saying that safety anchors the foundation of the industry and shapes its core values and decision making.

“These investments also include driver safety training, driver safety incentive pay, and compliance with safety regulations,” Spear said, “and while some of these investments are made to meet a myriad of regulatory requirements, many of them are voluntary, progressive safety initiatives adopted by our members and they’re paying dividends in highway safety.".

Impact On Logistics And Trucking

The transportation industry is faced with several challenges on a daily basis, from traffic congestion to road conditions and customer demands. The legislative shackles which impede the operations of trucking companies nationwide have created additional operational challenges for carriers to meet delivery expectations. It’s reasonable to expect a safe infrastructure within which to operate interstate commerce. Particularly considering the amount of road usage tax each truck pays annually. It may be worthwhile to pause and consider just how utterly dependent our country is on trucking. Take a moment to look around your home or office.  Everything you see has been on a truck at some point in its lifetime. The groceries you count on for daily sustenance are delivered at all hours of the night from as far away as California. Also, the fuel and parts that keep your car operating. The list goes on and on. The federal government needs to consider this dependence in its’ deliberations of a new infrastructure funding bill. Without reliable roads, bridges, and airports the logistics professionals of this country will not be able to maintain the level of service the country has come to demand. It’s the consumer who will suffer.